Everyone who has grown up in an Indian home must have seen the charisma and charm of an IAS officer. Indian Administrative Service (IAS) is an enticing job path that is considered by many young students in India. The IAS Exam conducted by the Union Public Service Commission (UPSC) is considered the most prestigious examination in the country, which is taken by millions of candidates every year. Only a few, however, are able to make the leap that leads to the position of IAS Officer.

We frequently see the exam’s top scorers in interviews, sharing their success mantra and exam techniques. But very few know what it is like to be an IAS Officer. Being an IAS is more of a service than a career, and it is dynamic in every way and full of difficulties. To put it simply, with pride and pleasures come a slew of obligations that fall within the purview of IAS Officers. In the given article, we will have a glimpse of the role and responsibilities of IAS Officers, which makes the job so fascinating.

Responsibilities of an IAS Officer

An IAS Official has a lot of responsibilities. These responsibilities change according to their job profiles. The authorities and managerial duties of the IAS Officers are given below as per their role:

The fresh IAS Officers start their careers by joining as the Sub-divisional Magistrates (SDMs). At this level, the Officers are responsible for maintaining law and order, as well as general administration and duties connected to the development assigned by the local jurisdiction.

After a few years of service, the IAS Officials are assigned to the posts of District Magistrate, District Collector or Deputy Commissioner at the district level. The tasks remain the same as those of the Sub-division level, which is to maintain law and order, as well as general administration and activities connected to the development as given by the local jurisdiction.

In their next promotion, the IAS Officers are assigned to the state-level administration. They can be either assigned as a bureaucrat in the state secretariat or as head of departments at this level. This is where the responsibilities and duties multiply as they must apply their field experience to the development of policies and support executives in policy-related choices.

With years of experience at this level, nowadays, many IAS Officers are also appointed to the high-level administrative posts at government-owned Public Sector Undertakings. They use their experience and managerial skills to run these PSUs successfully.

For a dedicated person, the life of an IAS Officer is both demanding and rewarding. It is an excellent chance for young people to participate directly in the administration and development of their nation. The grassroot problems of India can be only taken care of by joining the civil service. Irrespective of various development schemes of the government, even now, there are isolated hamlets in our country where people’s lives are terrible due to a lack of basic necessities, and they need more attention.

Despite popular belief that the IAS exam is difficult and only a few brilliant students can clear it, the truth is that anyone who puts in rigorous efforts may get passed through the exam. The only requirement is understanding the demand of the exam. Getting advice from specialists in the industry would increase a candidate’s chances of passing the IAS exam on the first try. You, too, can become an IAS Officer and do your bit to make a positive change in peoples’ lives.

Tue Jun 21 , 2022
RichLegg/E+ via Getty Images Young companies have immensely attractive growth potential, yet are full of uncertainties making them very difficult to evaluate. Guided by Aswath Damodaran’s three-step process to analyze uncertainty, I hope to provide a valuable standpoint on Xponential Fitness, Inc.’s (NYSE:XPOF) performance by looking at the story behind […] 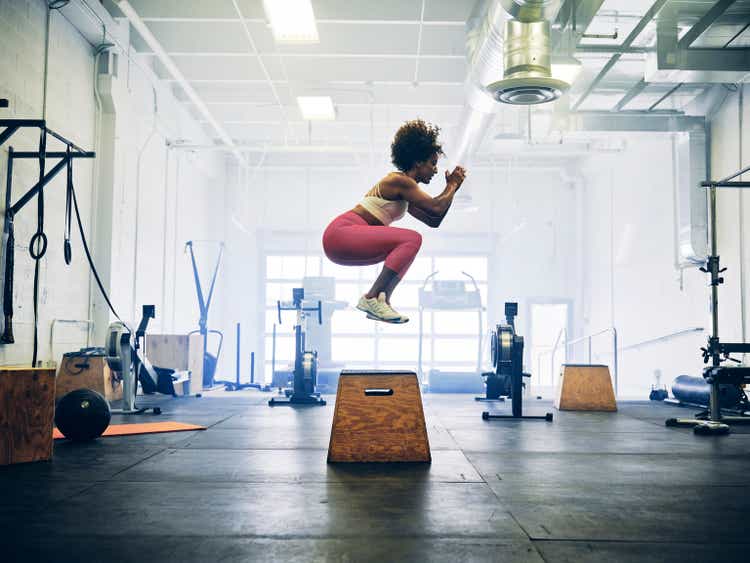